What is Pandas International?

In 1999, after a trip to China and the Wolong Panda Center, the plight of the Giant Panda made such a dramatic impression on Suzanne Braden and Diane Rees that upon returning to the United States, they co-founded Pandas International, a registered 501(c)(3) non-profit, to help save this magnificent animal. Unlike other organizations which serve many animals, Pandas International is exclusively devoted to the Giant Panda.

As the Director of Pandas International, Mrs. Braden (left) coordinates both the annual and immediate needs of the Panda Centers managed by the China Conservation and Research Center for the Giant Panda. The personal relationships she has developed with Chinese officials, veterinarians and their staff members have allowed Pandas International to maximize its role in preserving this beloved species.

Following the 2008 earthquake which destroyed the Wolong Panda Center and damaged the bamboo forest in the Nature Reserve, the challenge to save the Giant Panda has been made more difficult. Without intervention, this species could perish. 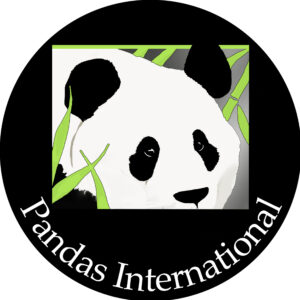 Be apart of the Connect Kindness movement. Bring attention to this organization by sharing this page on your social media.

Donate money directly to this organization.

Make a difference by volunteering.

About Face
Scroll to top