You are here: Home1 / Women2 / Military with PTSD

What is Military with PTSD?

Military with PTSD is an organization dedicated to helping military and veteran families understand each other and see it from both sides.

An estimated 7% to 20% of the more than 2.5 million veterans and troops who have served in Iraq and Afghanistan are believed to have developed PTSD. According to the Department of Veterans Affairs, loud blasts and flashing lights can sometimes induce panic attacks. PTSD is characterized by emotionally re-experiencing traumatic events. The thoughts are triggered for combat veterans by the sound of an explosion or gunfire, or even certain sights and smells, according to the Institute of Medicine. 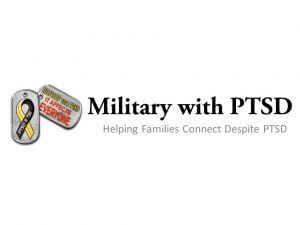 Be apart of the Connect Kindness movement. Bring attention to Military with PTSD by sharing this page on your social media.

Donate to Military with PTSD

Make a difference by spreading awareness for challenges that veterans face when integrating back into civilian life.

Undies for Everyone
Scroll to top